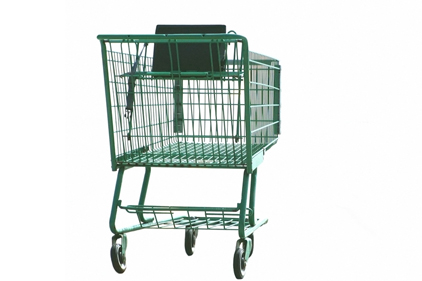 New research suggests as US consumers become more health conscious, large, established brands are better positioned to realize higher profit margins than smaller competitors. The bigger companies are able to offer new, healthier at an increased price without decreasing demand because consumers expect healthy food to be more expensive, and they already trust the brand’s quality.

According to Jeffrey Cohen of the industry analysis firm IBISWorld, a growing number of US consumers with preventable conditions like diabetes and heart disease have sought out healthier versions of favorite brands instead of giving up certain foods entirely. As a result, producers in candy, cereal, meat production and other sectors have increased advertising based on health claims. Examples include Cadbury’s Strike Spark, a chewing gum that contains 25 percent of the daily recommended intake of vitamins B6 and B12, and Kellogg’s Kashi cereal line, which contains whole grains and protein. Cohen sees the trend toward healthier foods going forward as the media continue to report on the health effects of certain unhealthy foods.

Commodity prices play an important role in the price of food goods, and larger companies may be more successful in passing along unexpected cost increases to the consumer than smaller companies. For example, cereal production for Kellogg’s and PepsiCo generate profit margins of 17.9 percent and 19.0 percent respectively, far outstripping the industry average of 13.3 percent. Some smaller producers are even forced to exit the market altogether when commodity prices spike. Larger producers are also able to invest in new equipment and machinery, which can help expand profit margins through greater efficiency and decreased wage costs.

Less volatile commodity prices are expected to characterize the next five years, presenting an opportunity to increase profit margins further. Most important, according to Cohen, is an expected reversal in the trajectory of the price of corn from a 6.7 percent annualized ascent over the past five years to an annualized decline of 2.6 percent over the next five. Because feed prices are tied to corn, the chicken and turkey production industry and the meat and beef processing industry will be able to cut production costs. The result is an expected bump in average profit margins to 23.3 percent and 12.8 percent respectively.

As US consumers continue to seek out healthier alternatives to favorite foods, and commodity markets become less volatile, food and beverage producers may have an opportunity to increase profit margins. Larger companies may be better equipped to take advantage of these new opportunities in the market as consumers stay loyal to favorite brands and economies of scale produce savings.