Kraft to remove artificial preservatives, colors from mac and cheese 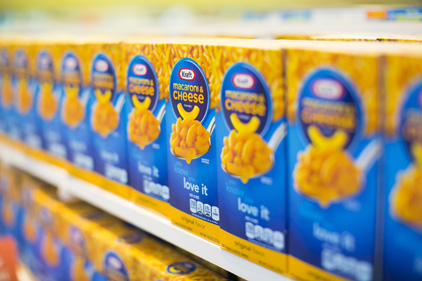 Kraft Foods Group, Inc. announced it’s changing the recipe of one of the company’s most iconic products, Kraft Macaroni & Cheese, which will no longer be made with artificial preservatives or synthetic colors in the US by the end of 2016. Kraft Dinner (KD) in Canada will make the same changes by the end of next year in Kraft Dinner Original.

According to the company, synthetic colors will be replaced with ingredients derived from natural sources like paprika, annatto and turmeric.

“We've met with families in their homes and watched them prepare Kraft Mac & Cheese in their kitchens. They told us they want to feel good about the foods they eat and serve their families, including everything from improved nutrition to simpler ingredients," said Triona Schmelter, vice president of marketing, meals.  "They also told us they won't compromise on the taste of their Mac & Cheese – and neither will we. That's why we've been working tirelessly to find the right recipe that our fans will love."

In its 75 years, Kraft Macaroni & Cheese, and its nationally recognizable blue box, has undergone a number of changes as the company takes steps towards meeting the shifting needs and demands of consumers. In 2014 in the US, Kraft Mac & Cheese Boxed Shapes launched with six grams of whole grains per serving, reduced saturated fat by 25 percent, lowered sodium by 100 mg per serving and no synthetic colors.  In Canada, Kraft Dinner Boxed Shapes launched with no synthetic colors while Kraft Dinner Original has reduced sodium by 19 percent since 2012.